The five finalists for the Great Las Vegas Coffee Shop Giveaway will be announced on March 1. Dapper Companies announced in December they are turning over a brand-new, nearly 3,000-square-foot restaurant fully built out with equipment to one lucky chef or restaurateur, and a panel of local chefs and restaurant owners have been reviewing contest entries and presentations since then. Once the finalists are announced next week at a Downtown restaurant media event, the final judging will occur from April 1 through May 3 with a series of pop-up cooking events at Vegas Test Kitchen.

Attention is shifting to the Palms, which is launching a multi-week hiring campaign this week to prepare for its upcoming reopening this spring under new ownership, the San Manuel Gaming and Hospitality Authority. Restaurant-obsessed observers have been speculating about which of the dining venues launched under the Station Casinos property revamp in 2019 might return to the Flamingo Road casino resort, and while no official announcements have been made, a quick tour of the website reveals that Greene St. Kitchen, Mabel’s BBQ, Scotch 80 Prime and Send Noodles are set to come back to life. The café formerly known as Lucky Penny is also set to reopen under the name of Serrano Vista Café, a restaurant brand that already exists at San Manuel’s Yaamava’ Resort and Casino in California.

Pioneering plant-based chef and restaurateur Tal Ronnen will be bringing his Crossroads Kitchen concept to Resorts World this spring, and also launching a new fast-casual concept called CB Crossroads Burgers at the new Strip megaresort in the same timeframe. Ronnen famously helped create vegan and vegetarian menus at Wynn and Encore years ago, and his Crossroads Kitchen launched in LA in 2013 offering a Mediterranean-inspired menu. Executive chef Paul Zlatos will lead the Las Vegas restaurant.

Bazaar Meat at the Sahara is inviting guests to enjoy its Dessert Graffiti concept through February 28, with a portion of the revenue from each dessert sold donated to the Epicurean Charitable Foundation. Presented tableside, Dessert Graffiti transforms a blank canvas plate into a colorful, delicious work of art designed to be shared by four to six guests. Each dessert features more than a dozen bites. It will return in April with plans to be offered every other month.

The Sand Dollar Lounge’s new Downtown location at the Plaza is set to open in weeks and not months, according to a spokesperson, but meanwhile there’s a brand-new cocktail menu at the original bar in Chinatown. Per usual, the new beverages are named for classic songs and priced at $12, and there are also new shot-and-beer combos ($11) inspired by other beloved Vegas bars. Among the cocktail creations are: Sexual Chocolate, with gin, lychee soju, white chocolate liqueur, simple syrup, lemon juice, egg whites, dried raspberry and graham cracker crumble; Dos Gardenias, with Thai chili simply syrup, Mr. Black, blanco tequila, pomegranate juice, lime juicy and angostura bitters; and Cry Me a River, with Tanqueray, Italicus, blue spirulina simple syrup, lemon juice and hop water. 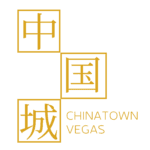